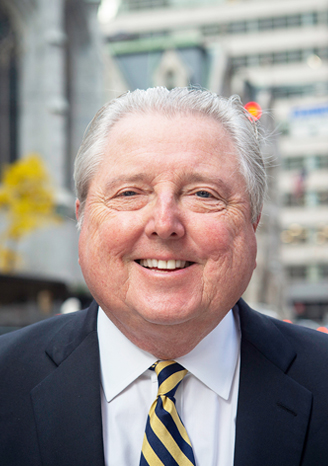 Along with additional State and Federal Courts

Frank has built a practice of law that has focused on litigation for the past 40 years. He has been admitted to practice law in eight states and five Federal District Courts. Over his career, Frank has developed a breadth of practice that resulted in the representation of clients that include national and international insurance carriers and several nationally known franchisors and franchisee associations.

Prior to becoming one of the founding members of our firm in 1988, Frank worked at a noted New York City insurance defense firm and later became Assistant General Counsel of a National Franchising Company. He is a member of numerous local, state and federal bar associations and regularly lectures and conducts seminars throughout the country.

Frank obtained his B.A. and M.A. Degrees from Pennsylvania State University. Frank received his J.D. in 1981 from Southwestern University Law School and also completed his last year of law school at the University of Pennsylvania Law School. Frank also earned a certificate of comparative law from the University of London and interned in the United Kingdom. Thereafter, Frank became a judicial intern with the U.S. Department of Justice.