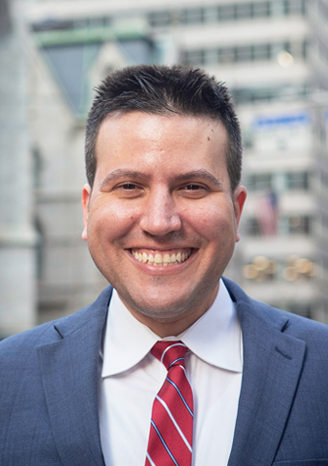 Bryan has over a decade of experience, primarily focused upon litigation. Bryan’s practice areas include commercial, breach of contract, insurance defense, labor law, personal injury, securities, trusts and estates, toxic tort, products liability, and appellate work.  Prior to joining the firm in 2014, Bryan also practiced in general corporate law and estate planning, as well as in representing emerging companies.

Bryan earned a Bachelor of Arts in American History from Columbia University and a Bachelor of Arts in Jewish History from The Jewish Theological Seminary of America, cum laude. He received his Juris Doctorate from Fordham University School of Law where he was an Associate Editor of the Fordham Intellectual Property, Media, Entertainment and Law Journal (“IPLJ”). At Fordham, the IPLJ published his Note entitled Dealing with the NFL’s Concussion Problems of Yesterday, Today, and Tomorrow, 18 FORDHAM INTELL. PROP. MEDIA & ENT. L.J. 959 (2008). Bryan has served as an officer and member of nonprofits. Bryan has received the honors of being named to The Jewish Week’s 36 Under 36 and being named a Shapiro Family Fellow.

Currently admitted to practice in New York State Courts, and the United States District Court for the Southern District of New York.